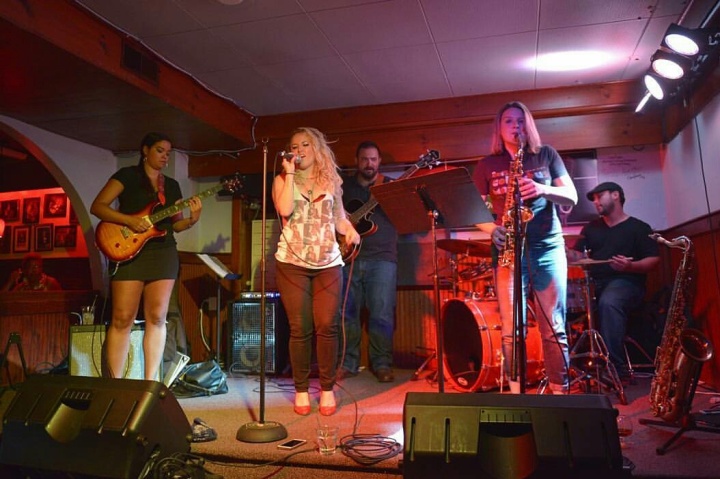 Chelsey Nicole & The Northside Vamps are a Pittsburgh-based soul, blues, and R&B band whose musical style is inspired by the heavy horns of New Orleans just as much as the raw, lonesome slide guitar. Rooted in unfiltered emotions and classic vibes, the group’s music is a unique blend of familiar and fresh tones.

With influences ranging from soul icons such as Otis Redding to modern shakers like Amy Winehouse, the group as a whole effortlessly employs timeless melodies and instrumentation to exude a natural air of nostalgia for a sound that has never faded away.

Chelsey and the gang released their Love Through the Line debut EP on December 17, 2013, and have since shared the stage with national and international acts such as Andy Allo, Clairy Browne & The Bangin’ Rackettes, and Trombone Shorty. They are currently working on their second record Cold, Stoned, Crazy.